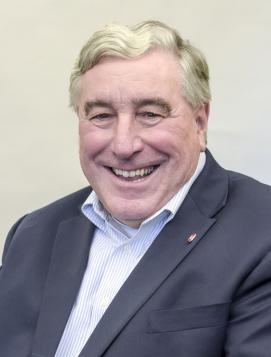 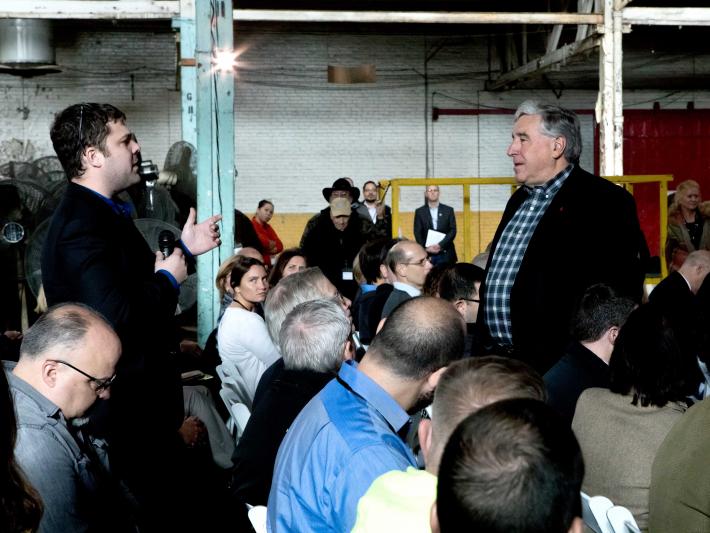 Edward [Ned] Hill, PhD, teaches economic development policy, public policy and public finance in both the Glenn College and the City and Regional Planning section in the College of Engineering’s Knowlton School of Architecture. He is associate faculty at the Ohio Manufacturing Institute.

Before coming to Ohio State, Hill was dean of the Levin College of Urban Affairs at Cleveland State University for eight years and was Professor and Distinguished Professor of Economic Development.

He serves as nonresident senior fellow of The Brookings Institution, where he is affiliated with the Metropolitan Policy Program. He was chair of the Advisory Board of the National Institute of Standards and Technology’s (NIST) Manufacturing Extension Partnership (MEP) from 2007 until 2010. His appointment to the Board ended in April 2014, making him the board’s longest serving member.

He has edited Economic Development Quarterly and is a member of the editorial board of the Journal of the American Planning Association. His latest co-authored book, Economic Adversity and Regional Economic Resilience, is expected to be published by Cornell University Press in 2016. 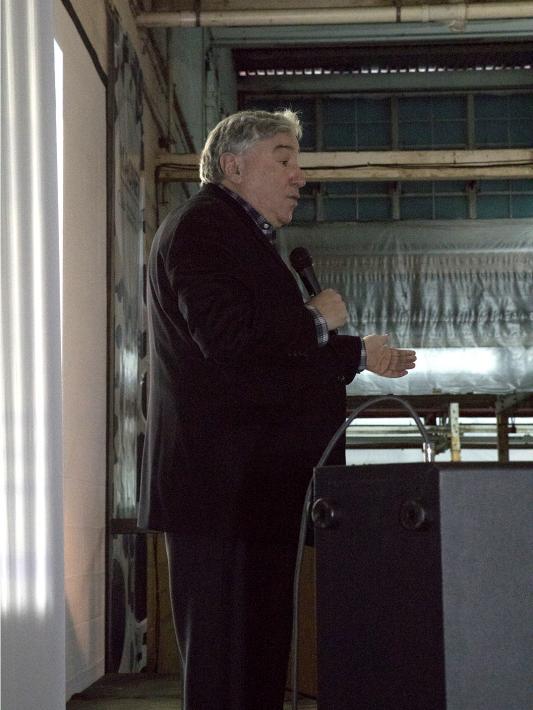 Crain’s Cleveland Business recognized Hill’s work in 2012 when he was listed in its Who’s Who, 150, Names to Know in Northeast Ohio. Hill is listed in Crain’s 2014 Power 150. Gov. Taft appointed him to Ohio’s Urban Revitalization Task Force, Gov. Strickland named him to the Automotive Industry Support Council, Gov. Kasich placed Hill on the state’s manufacturing task force, and former Speaker of the Ohio House of Representatives Bill Batchelder appointed him to the Cooperative Education Advisory Board of the Ohio Board of Regents.

Edward (Ned) Hill, PhD, professor of Economic Development at the John Glenn College of Public Affairs and in the City and Regional Planning program of The Ohio State University and a faculty member of the Ohio Manufacturing Institute and Fran Stewart, senior research associate at The Ohio State University’s John Glenn College of Public Affairs and the Ohio Manufacturing Institute, co-authored this research report. 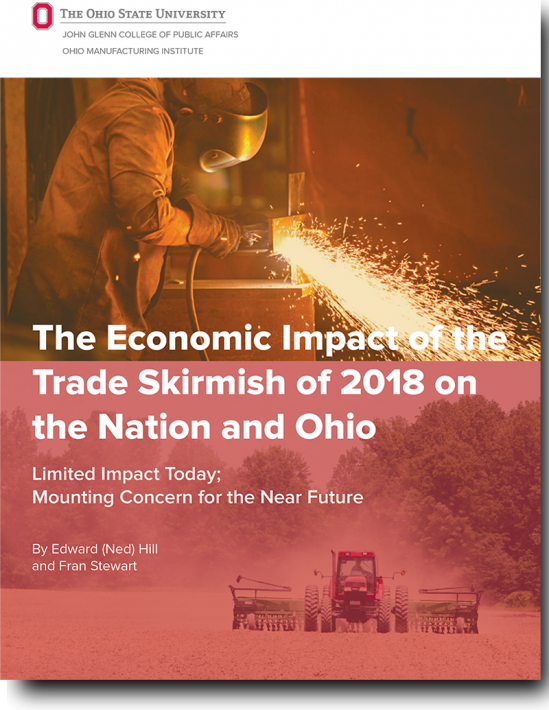 Ohio is front and center in the trade conflict sparked by the federal government’s initiation of tariffs in 2018 to protect the U.S. steel and aluminum industries. Ohio  [The Economic Impact of the Trade Skirmish of 2018 on the Nation and Ohio] is also a state with much at risk if national security trade protection is extended to the motor vehicle assembly and parts industries.

We have two objectives for this public policy briefing. The first is to document and clarify the moves and counter-moves in 2018’s international trade fight. The second is to discuss the economic impacts of the trade skirmish on the nation in general and Ohio in particular.